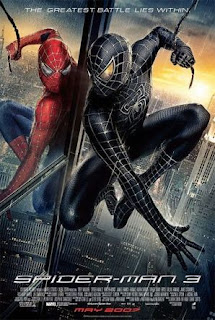 THE CRONICLES OF NARNIA (PRINCE CASPIAN) 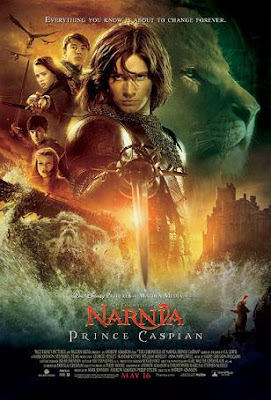 A superhero based movie, everyone loves a Superhero. 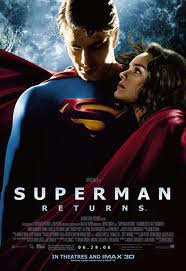 A brief description regarding the consumer protection are presented below: 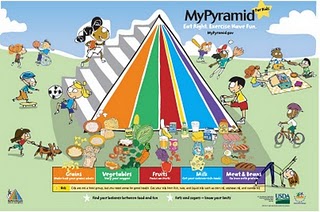 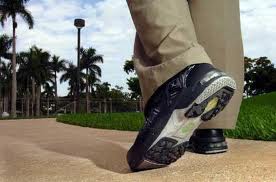 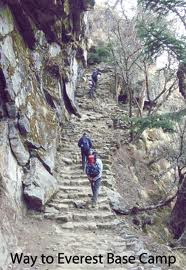 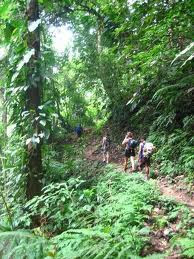 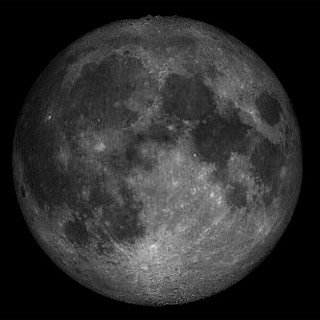 Its been centuries peoples say "There must be a full Moon out there today". Do you have any idea why. Its all because it is true that moon and the human mind are connected with each other.There is a good  reason  for why there may be more crime out there on the nights of a full moon. All this has to do with statistics of moon, not lunacy of those innocent humans. People are found to be more active during full moons than moonless nights.Surveys revealed that 45 % of college students believe moonstruck humans are prone to unusual behaviors.So we can conclude that the moon has really something to do with the human mind. There are other relations of the moons also that effect the humans excluding the mind. In facts it has its more effect on earth that to any other heavenly bodies. The only one natural satellite of the earth has many things good and bad for both Earth and who lives here. So we cannot ignore the presence of the moon by simply ignoring it to look at any clear weather night.
Posted by Rosn at 4:52 AM No comments:

WHERE YOU EXPECT YOURSELF IN 2012 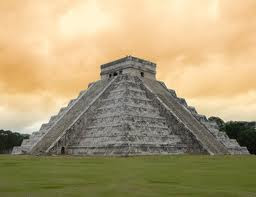 I can bet that you have heard about happenings to the world in  2012. So what do you think will happen then. Do you think Earth will really come to and end in 2012, isn't that very soon for you? Well it all starts with the peoples of Mayans and their calendar that has gone to everyone's mind and set as a sure end of the Earth. So who were the Mayans to plan to ruin your beautiful vacation or any other special occasion going to be conducted in 2012. Why to believe in them? and How can they so accurately predict the dooms day at Dec 21 2012.

Incredibly advanced mathematics calculation of long ago disappeared civilization of Mayans still shocks scientists today. Their pin point accuracy have never gone wrong yet. The reason to predict the Worlds end in 2012 Dec 21 is because the calendar made by the people of Mayans has this date as their last so what else to think of guys? And to scare you more, till today they are not proven wrong and have built incredibly advance structures in that time of 800 BC which modern man cannot. We know for sure that  this on Dec 21 2012 the Sun perfectly lines up with a massive black hole or a Dark Rift. This rare Galactic alignment happens only once in every 25,800 years. So just  taking these two prophecies among many about 2012 Dec 21. The one who really knows about the incidents to happen in 2012 Dec 21 now is time.
Posted by Rosn at 4:18 AM No comments:

Email ThisBlogThis!Share to TwitterShare to FacebookShare to Pinterest
Labels: I

HEALTH FOR THE CONSUMERS 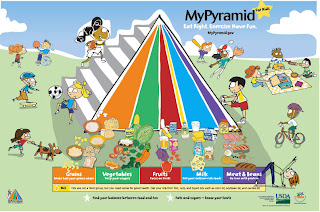 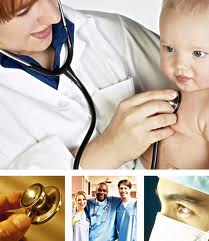 In the period 1750 - 1850 the Revolution caused a large number of people to live in the countryside and work in the new towns. The revolution made people's life easier but they became quiet dependent on others . In this way consumers are sometimes cheated in order to earn much money in less time. Therefore people are compelled to involve in corruption for qualitative products. Therefore consumers' health education teaches us to be conscious and organized to protect our health.
Posted by Rosn at 5:28 AM No comments:

Australia is one  place in this world that can be also said to be just another. The reason behind this may be that is really in different environment in southern hemisphere.There are really exotic creatures like Tipan snake,Kangaroo,Emu etc.It has not been a long when humans first steeped  into this places. The  place in image

is the Sydney opera house,New south Wales.This place perhaps has the most iconic image that is recognizable in world. 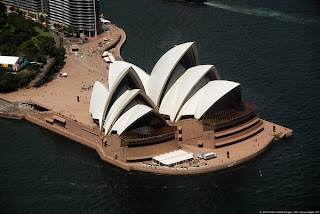 In June 28 this opera house was listed in UNESCO
world heritage site.It was also the finalist for the seven wonders of the world.The opera house is used for the
shows, dramas and use as a theater for recordings etc.
There is a survey that it has over
200,000 visitors as guided tourists per year.It is also said that it took seven years to build the model and seventeen years
to finish the actual building.It is therefore a one of the best places to visit in this world
Posted by Rosn at 4:57 AM No comments: 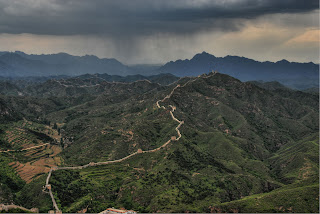 Stretching approximately 8,851.8 kilometers (5,500 miles) from east to west of China is worlds one of the Seven wonders.It is a series of rocks from northern china to north-east china and was built around 2700 years ago (221-206 B.C) to protect against enemy during wars. Since then it has been protected and rebuilt to preserve it's importance.It was enlisted in the World Heritage by UNESCO in 1987.It winds through the plateaus,grasslands,deserts and mountains to reach the western china.It took centuries to complete, and it is estimated that more than 2 million laborers lost their lives while working because of starvation,illness and accidents.The eastern parts of Wall are built from bricks and stones while the western sections are of earth and grass.Standing 7.5 meters tall (somewhere also 25 feet). It is worlds one of places to visit before death.
Posted by Rosn at 4:56 AM No comments: 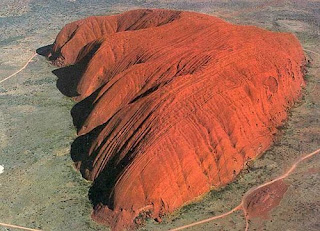 Ayers Rock is a largest single piece of rock formed by sand stone that appears out in the middle of no where in central Australia and was there from millions of years. The rock also known as Uluru, reaches a peak of 1,142 feet and measures 5.8 miles in sorroundings.There are several paintings related to ancient time and civillization of Australia.It's another suprising feature is it's changing color as the sun hits it from different throughout the day.It looks at it's best at the time of sunset and appears red.The view shown in the image is at one of it's best taken pictures.
Posted by Rosn at 4:55 AM No comments: 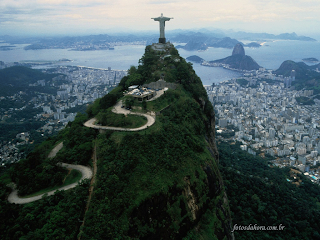 Towering the main city of the Brazil and stretshing it's hand approx. 30 meter in length:The Corcovado of the Brasil has today become the symbol of Brazil. The amazing view if this immense and massive tower is shown in the right image. The below image shows the Corcovado at the time of cloudy season which gives us the feeling of being in heaven any time.The corcovado is the among the most amazing thing done by the humans .The windind roads that takes you to the awesome corcovado sculpture and you realize its massive height and mass . It is really massive and gives a breath taking view of the beautiful city Brazil from the corcovado of the Brazil. 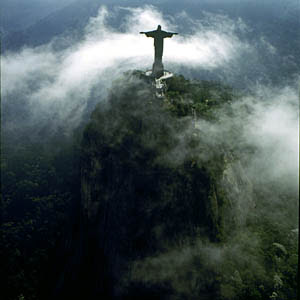 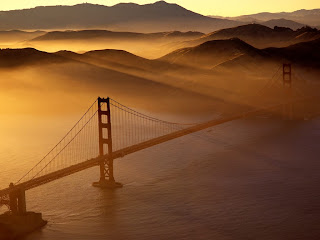 With the total construction cost of $35 million the golden gate bridge of San-Fransisco California is the second longest and most famous suspension bridge in world. The spectacular image is taken at the time of sunset which adds up to it's beauty .The bridge's two towers rise 746 feet making them around 191 feet taller than the Monument of Washington. The construction of the grand bridge began on January 5, 1933, and was completed after more than four years.The color of the bridge was chosen an orange vermilion called the international orange. The color was selected by consulting the famous architect Irving Morrow and he suggested the color because it blends well with the natural surroundings and was also easy to detect in fog. It is the most beautiful gift of bridge engineering.
Posted by Rosn at 4:53 AM No comments: 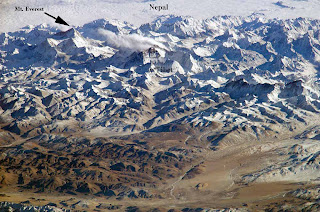 The tallest mountain of all, the top of the world.This means there is no other place in the world higher than this.It lies in the foothills of the Himalayas.Bordered by Tibet in the north it lies in Nepal. It reaches up to the height of 8848 meter from sea level,height: 29,028 feet, or 5 and a half miles above sea level. This is equivalent to the size of almost 20 Empire State Building .It is always covered with snow and feeds the ever flowing rivers of Nepal.It is destination many of the climbers and scenery lovers. The first human step in this height of 8848 meter of Sir Edmund Hillary in 1953.It has also been discovered that the Himalayan Mountains are still growing higher, at a rate of about 2.4 in/6.1cm per year. A growth rate of 2.4 in/6.1cm per year doesn’t sound like very much, but if you think about it. It is approximately 60 million years old.Twenty-nine degrees north and eighty-seven degrees east, mainly on Nepal, sits the tallest mountain on the face of the Earth, Mount Everest. The vast amount of snow on the mountain’s side is one of the cause dangerous of avalanches which is the most fear of the climbers. Its height, massive size makes it one of the world’s Seven Wonders.
Posted by Rosn at 4:53 AM No comments: